CRN UK reports that Microsoft has scrapped plans for an October return to the office in the US and has opted against naming a new date due to “uncertainty around COVID-19”.

Other large vendors such as Apple, Google and Amazon have all recently announced plans to fully reopen offices in January instead of October in the US and, in some cases, other locations too.

In an interview with CNBC, CEO Satya Nadella said any company or region that claims to have found an answer to when and how to return to the office is “short-sighted” and stressed the need to use data when it comes to making a decision.

“I’m looking forward to the entire world overcoming this challenge because until we do, any particular company, region thinking they've found the answer, I think will just be short-sighted,” he said.

It follows the release of research by the company that shows 62 percent of firms are concerned their existing data protection measures won’t handle malware and ransomware threats. Meanwhile, 74 percent agree they have increased exposure to data loss from cyber threats with employees working from home.

The CEO said customer concerns are heightened for three reasons.

Firstly, he said “many employees are now working from home, and the physical perimeter is now virtual.”

Secondly, he said ransomware attacks “are much more real and tangible than they were even 18 months ago. These are attacks on food supply chains, gas and utilities, every aspect of our everyday lives. It’s hitting closer to home. These attacks are becoming more insidious and moving only from encrypting data to stealing and threatening the release of stolen data.

“A third reason is that it’s the highest ROI crime that bad guys can commit, it’s a multi-billion-dollar business. There’s limited downside, it’s an anonymous crime, and right now there are very few consequences. So, it has particularly devastating results for organisations that are attacked.”

The SOCaaS offering includes a comprehensive audit, preparation of an incident plan, 24/7 monitoring with response capabilities and regular reporting. It can be white-labelled and presented as the partner’s own service offering.

Tech Data pointed to the rising number of high-profile cyberattacks creating increased interest in managed security services. However, setting up and offering such a service can be challenging for IT and security resellers. This offering aims to bridge that gap.

Channel Pro reported that Qualtrics XM is to hire 1,000 new staff in Europe, as the online survey specialist looks to increase its presence across Europe, the Middle East, and Africa.

The Utah-based firm said it plans to double the size of its regional headquarters in Dublin in early 2022, with hires being completed by 2024.

Qualtrics already employs 300 staff in the Irish capital, with this EMEA investment now set to take that total up to around 650 by the target date. The other hires will take place in London, Paris, Munich, Amsterdam, and Krakow.

The announcement follows a hike in demand for Qualtrics’ services, as the COVID-19 pandemic has fuelled a surge in people working remotely. Additionally, the company says it’s becoming harder to satisfy customers and staff alike. 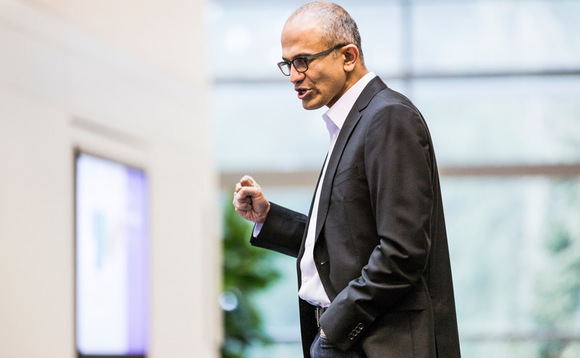