MSPs have reason to be optimistic as tech spending remains strong going into 2023.

Despite widespread recession fears, the Spiceworks Ziff Davis (SWZD) 2023 State of IT report shows tech spending in North America and Europe is on course to grow by 13% year-over-year (YoY).

Additionally, Peter Tsai, head of technology insights at SWZD, said businesses will “shift more of their budgets towards managed services.”

Firms will look to managed services to maintain and optimise technology stacks amid difficulties in hiring IT talent. “Expected spending on managed services will rise to 18% of total IT budgets in 2023, up from 15% before the pandemic,” he told Channel Futures.

“This shift is good news for MSPs,” said Tsai. “Especially those with offerings in high-growth areas such as managed security services.”

Microsoft has confirmed the existence of two zero-day vulnerabilities in Microsoft Exchange – and they’re already being used to launch cyberattacks against organizations, reports CRN US.

In a blog post, Microsoft acknowledged what Vietnamese cybersecurity company GTSC had previously announced: that there are indeed two major Exchange vulnerabilities and that they’re being exploited in the wild.

The company said: “At this time, Microsoft is aware of limited targeted attacks using the two vulnerabilities to get into users’ systems. In these attacks, CVE-2022-41040 can enable an authenticated attacker to remotely trigger CVE-2022-41082. It should be noted that authenticated access to the vulnerable Exchange Server is necessary to successfully exploit either of the two vulnerabilities.”

The blog post went on to say that Microsoft was “monitoring these already deployed detections for malicious activity and will take necessary response actions to protect customers.”

Oracle NetSuite has announced a series of product updates at SuiteWorld 2022 in Las Vegas.

Evan Goldberg, NetSuite founder and executive vice president, took to the stage in front of 5,200 customers and partners to outline several innovations to the software vendor’s road map. The latest updates span everything from financial management to HR to sales processes.

“With an economy in transition, businesses can look to the certainty of data to find new paths to profitability and growth,” said Goldberg. “To help our customers do this, we continue to extend the capabilities of NetSuite.”

In addition, NetSuite has introduced new automation and analytics. These are designed to enhance the financial, inventory management, manufacturing, and project management functionality within NetSuite.

The cost of Hurricane Ian

Following the devastation caused by Hurricane Ian, Channel Asia examined how companies can prepare for a future disaster that might hit the network.

According to Uptime Institute, roughly a third of enterprises are architecting cloud apps that are vulnerable to outages in single cloud availability zones, rather than distributing their workloads across multiple zones.

Meanwhile, Trellix threat intelligence leader John Fokker expects cybercriminals to take advantage of Hurricane Ian‘s devastation in Florida and other states much the same way they did during the Covid-19 pandemic. 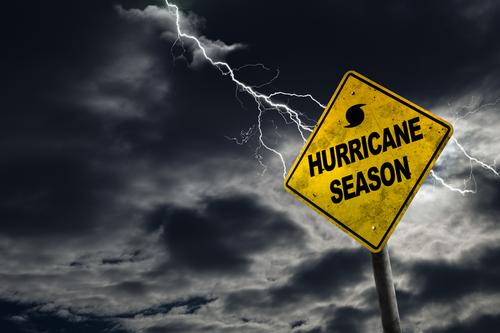